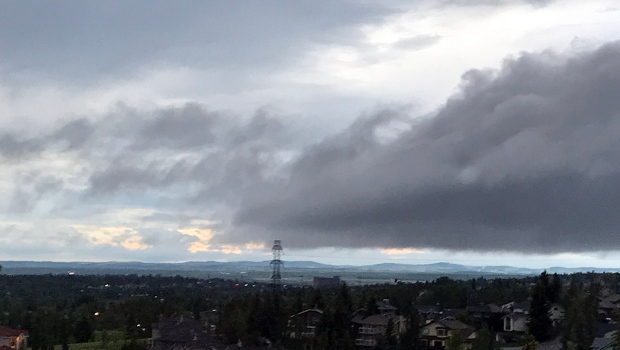 CALGARY — Environment Canada issued a severe weather bulletin for the city of Calgary as well as many other communities in southern Alberta.

The agency says a severe thunderstorm watch has been called for the city, which bring the potential for storms that could develop extreme weather conditions.

“Severe thunderstorm watches are issued when atmospheric conditions are favourable for the development of thunderstorms that could produce one or more of the following: large hail, damaging winds, torrential rainfall,” the advisory reads.

The following areas are also included:

Additionally, Environment Canada called a severe thunderstorm warning for Hanna – Coronation – Oyen for a line of thunderstorms that had the potential for more severe weather conditions.

“These thunderstorms are located from Little Gem to Cereal and are moving east at 45 km/h.”

The watch is expected to be in place until late Saturday evening.