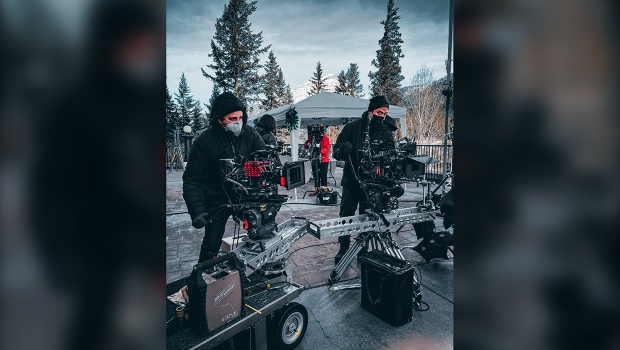 CALGARY — Now that Alberta’s film industry is back up and running, a laboratory service has stepped up to help crews with the COVID-19 testing they need to move productions ahead.

The province has already tapped Edmonton-based DynaLIFE Medical Labs to help essential travellers along their way and officials say it is now one of the driving forces behind the resurgence of Alberta’s film and TV boom.

The company says its testing services and safety protocols are helping the province be recognized by major producers such as Netflix, Hallmark, CBS, HBO, NBC, CBC, AppleTV and Disney.

“The secret’s out. We can test actors and crews quickly and keep them isolated, safe and working. It’s a major boost for Alberta’s economy, and we’re honoured to help make it possible,” said DynaLIFE CEO Jason Pincock in a statement.

Since June 2020, DynaLIFE has conducted more than 10,000 tests for the film industry with the help of PMO Global Services Calgary, a firm that specializes in workplace health and safety risk management.

Through its work, PMO is able to coordinate a COVID-19 “bubble” for film and television productions, similar to the one DynaLIFE managed for the Stanley Cup Playoffs in Edmonton last year.

“The film industry has risen to this challenge,” said Chris Bazant, senior health and safety specialist with PMO, in a statement. “They understand that Alberta’s greatest asset is its people.”

The province’s film and television industry represents more than $250 million in wages for industry workers and up to $400 million in economic activity.

Rapid, effective COVID-19 testing has been essential for the smooth production of many different projects, including Guilty Party (CBS), Heartland (CBC), the upcoming Fraggle Rock (Apple TV) and many more.