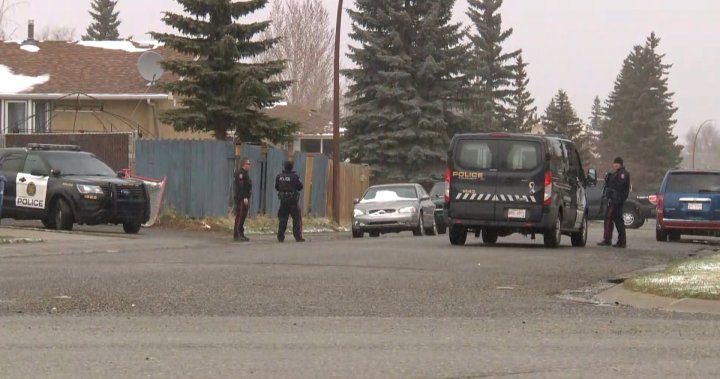 Calgary police were looking for a suspect believed to be armed and unaccounted for after shots were fired at a home in the northeast on Thursday morning.

Officers were first called to a home in the 600 block of Pineland Road N.E. at 5:50 a.m. for reports of property damage to the house.

Investigators confirmed multiple shots were fired, and several blocks around the home was taped off, with police asking people to stay away from the area.

As of 11:50 a.m., police were still trying to locate the suspect, but did not have any description of the person.

In a tweet just after 1 p.m., police advised residents in the 600 block of Pineland Road N.E. to shelter in place due to the “ongoing police incident.”

“Please remain in your residence until further direction is provided, and take direction from officers at the scene, if provided,” police said.

The address provided originally was incorrect.

Residents in the 600 block of PINELAND RD N.E. are requested to shelter in place due to a police incident. Remain in your residence until further direction is provided. #yyc