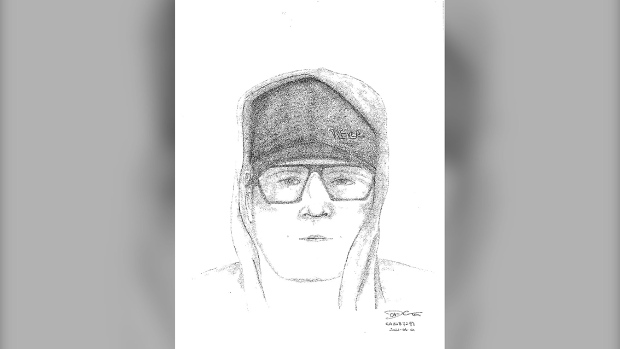 CALGARY — Police are asking for public assistance to help identify a man who broke into a northeast Calgary home while a woman and her kids were at home.

The incident took place May 21, around 12:40 p.m. on the 100 block of Abadan Crescent N.E., when a woman was awakened by the sound of her dog barking at a man she didn’t know standing in her front yard.

The woman asked the man if he needed help, at which point he proceeded to open the door, push her aside and enter the house.

An altercation ensued, with the woman suffering a cut on her arm. The suspect fled, while the woman called police.

Police responded but weren’t able to locate the man. The woman was treated by EMS.

The suspect is described as approximately 177 cm (5’10”), with an average build. At the time of the attack, he was wearing a black hoodie, blue jeans, brown boots, sunglasses and a baseball cap.

Anyone with information is asked to contact Calgary police at 403-266-1234. Anonymous tipsters can contact Crime Stoppers at 1-800-222-8477, online or by using the P3 Tips app available at Apple or the Google Play Store.