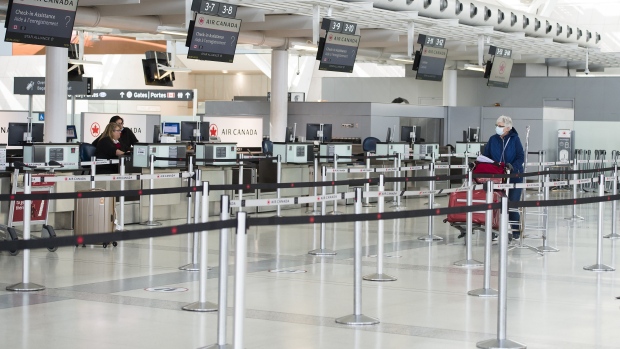 OTTAWA — The federal government has reached a deal with Air Canada to provide targeted industry support as the pandemic continues on its path of financial devastation and travel is still restricted, CTV News has confirmed.

Details of the aid package will be revealed later Monday evening.

The Liberals have long said sector-specific support would be contingent on airlines refunding passengers with tickets rendered useless following the cancellation of flights. International and domestic travel, while not prohibited, is highly discouraged at this time.

In February, the airline announced it was cutting another 1,500 jobs and suspending 17 U.S. and international routes. The month prior, it cut around 1,700 jobs. In total, the company has axed more than half its workforce since last March.

Four Canadian airlines, at the request of the federal government, agreed to suspend all flights to Mexico and the Caribbean until April 30 due to the spread of COVID-19 and its variants.