Breaking News
John Crosbie is dead and gone. Are Red Tory values a thing of the past?
Canadian scientists trace 2nd strange radio signal to nearby galaxy
Why flu season could make it harder for doctors to diagnose vaping-related illness
Got prepaid credit cards for Christmas? Here’s why you should use them up fast
18 Jan, 2020
Skip to content 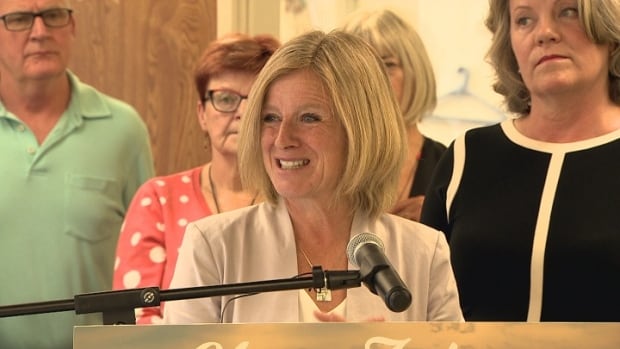 She held a press conference at the Kerby Centre in Calgary on Friday to discuss the MacKinnon Report and its  suggestions that spending in Alberta should be more closely aligned with what’s spent in British Columbia.

“On average, they spend 25 per cent more out of pocket. That gap is larger for those who are sicker,” said Notley.

She said the Canadian Medical Association reported Alberta currently outperforms B.C. in terms of seniors’ care, and that twice as many B.C. seniors in long-term care report experiencing pain than do those in Alberta.

“Cutting public funding for medications will mean more low-and middle-income seniors are forced to forgo their prescription drugs,” said Notley. “That seriously hurts their health, undermines their quality of life and ultimately forces them to seek medical care in institutions rather than in their own homes.”

Notley said she doesn’t want Premier Jason Kenney to move forward with “what appears to be recommended in the blue ribbon,” and that the NDP will fight the UCP to make sure that seniors care in Alberta is maintained or improved.

“We know that the costs of drugs go up every year, so we can not be downloading that cost onto the backs of our senior citizens,” she said. “When people are forced to pay more for their own medications, they don’t take them regularly and then they end up getting sicker.”

Alanna Hargan, director and Calgary chair for Seniors United Now, said she’s also concerned about the recommendations from the MacKinnon Report, especially with how it will effect vulnerable and low-income seniors.

“I’m here today simply to ask that our government does not leave people behind,” Hargan said at the press conference.

“If the premier and his government promised to maintain and increase support for seniors, [it’s] their word and their promise.”

Did a killer walk free after this man’s autopsy?