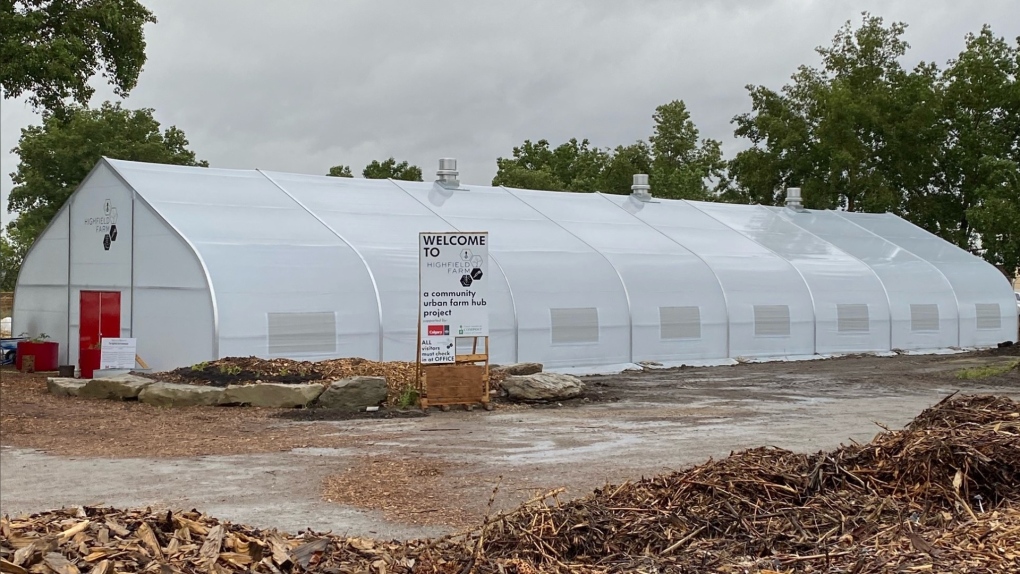 With the grand opening of a new greenhouse, an urban farm in southeast Calgary is better positioned to navigate the difficulties of farming in Alberta.

From cold winters to unpredictable seeding seasons and common concerns about draught, it’s no secret that farming in the region has its fair share of challenges.

Highfield Farm is now capable of growing at least twice the amount of food it had previously produced annually by expanding its indoor growing capacity.

The project was backed by $277,000 in funding through the Local Food Infrastructure Fund, delivered by Agriculture and Agri-Food Canada.

Highfield Farm currently has about 15,000 square feet of garden space and more than 200 members who volunteer their time to garden and harvest fresh produce.

Almost all of the fresh food grown on the farm is donated to charities including the Calgary Food Bank and the Mustard Seed.

“We should easily be able to quadruple that amount of food harvested for now with this greenhouse,” said Heather Ramshaw, operations manager at Highfield Farm, told CTV News in January.

“We’re hoping this year and over the years to kind of develop our sales channels, if possible, to try and cover some of the costs of growing the food as well, but we’re very happy to be able to provide fresh, whole local foods to food access organizations.”

Friday’s grand opening of the greenhouse is set for 11 a.m.