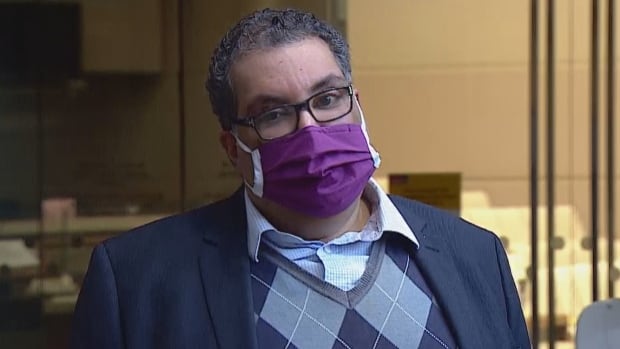 Mayor Naheed Nenshi says Calgary is going to need extra help from the federal government once the COVID-19 emergency is over.

While other parts of the country are expected to economically boom as the pandemic subsides, Nenshi says Calgary likely still won’t be firing on all cylinders.

“The fundamentals are still weak here and I just need the federal government to understand that,” he said on Thursday.

Nenshi told city council that he’s made a request to the federal government to do more to help Calgary in its 2021 budget.

“Calgary has a larger GDP than six provinces and it is the economic capital of a vast region. So where Calgary goes, so goes most of Alberta, so goes Saskatchewan, so goes vast portions of British Columbia,” he said.

In a letter to Ottawa, the mayor made three requests for the upcoming federal budget:

Specifically, he’s asked Ottawa to invest in a green retrofit program, which would aim to convert vacant downtown office space.

“Make these offices more amenable to current non-residential uses, or converted to residential buildings, including rental and affordable housing,” Nenshi said in the letter.

The mayor also mentioned the planned expansion of Arts Commons and how funding from the federal government would signal a “firm commitment” to the plans.

“Arts Commons will be a key contributor to the social, economic, cultural, and intellectual life and well-being of Calgarians and visitors alike, and an important building-block for the revitalization of the downtown core suffering.”

The Green Line LRT is also highlighted in the letter as a necessary step that would create more than 20,000 jobs in Calgary.

“As a result of this provincial delay, we are also asking the government to consider an amendment to the “long-stop” date of the project,” he wrote.

Nenshi says the Trudeau government needs to know that investments in Calgary will pay dividends beyond the city and that it can’t just be treated like other places in the country.

“These investments in downtown Calgary aren’t just for 20 square blocks. They are for this vast region.”