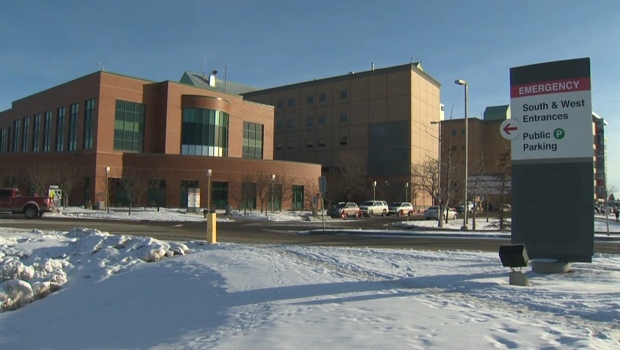 CALGARY — Alberta Health Services says an outbreak at the emergency department of the Peter Lougheed Centre has grown to 20 confirmed cases of COVID-19.

Since the outbreak was declared on Dec. 19, AHS says 18 health-care workers and two patients in the emergency department have contracted the illness.

It also said that no one seeking treatment at the PLC’s emergency room is under any additional risk.

“The emergency department remains open and is a safe and appropriate place to receive urgent and emergency care,” AHS wrote in a statement.

Earlier in the pandemic, AHS confirmed that the $2-million Pandemic Response Facility, built by Sprung Structures, was being used as an extension of the PLC’s emergency department.

It’s not known whether or not the current outbreak is affecting operations inside the temporary structure.

The PLC is one of three hospitals in the Calgary zone under an outbreak advisory from AHS.

Five other units at the PLC are also under an outbreak, which has led to five patients and 17 health-care workers testing positive for COVID-19. One person has died.

An outbreak was declared at an acute care unit at the Didsbury Hospital on Dec. 10. Two cases have been reported in connection with that situation.

Two units at the Rockyview General Hospital are still on outbreak status. AHS declared them in a transition unit and an internal medicine unit on Nov. 19. A total of 22 patients and 11 health-care workers linked to these units have tested positive for COVID-19.

Two patients at the Rockyview have died, AHS says.

MAJORITY NOT CONNECTED TO WORKPLACE EXPOSURE

Dr. Deena Hinshaw, Alberta’s chief medical officer of health, addressed concerns about the outbreak during her availability on Wednesday.

While she couldn’t comment on that specific case, she did mention the majority of acute care cases, including those involving health-care workers, were not connected to workplace exposures.

“I do know that my colleagues at Alberta Health Services take every single outbreak very seriously,” she said.

Hinshaw also said whenever an outbreak is reported at an acute care centre, workplace safety as well as prevention control teams are deployed and work closely with public health officials to prevent infection.

That includes ensuring all critical staff are equipped with personal protective equipment (PPE).

“PPE is a critical part of outbreak prevention and training on how to do that appropriately, is something that is a part of everyday life, when working in healthcare. (It’s) not just when there’s an outbreak but actually all the time to prevent outbreaks.

“It’s something that remains in place and is emphasized when there is an outbreak, like this one.”