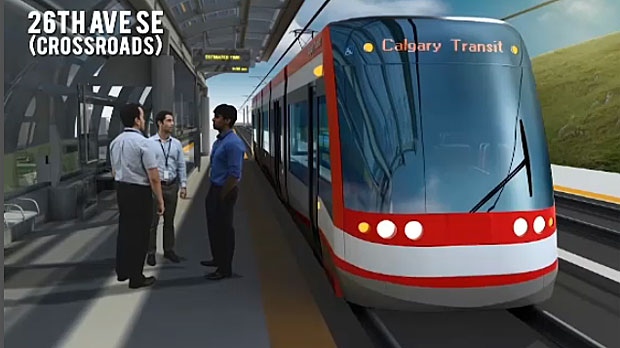 CALGARY — Members of the citizen-led Green Line LRT board met for the first time Thursday.

The nine-member board was created to improve decision making regarding the largest transit project in Calgary’s history at an estimated $5.5 billion in cost.

The Green Line board is made up of community members with experience in planning, transit and finance — with city manager David Duckworth representing city hall.

Don Fairbairn, who has 35 years experience in infrastructure development and financing, was appointed as the inaugural board chair.

Controversy around the massive project swirled in 2020.

The province raised concerns in a consultant’s report, the details of which were not revealed to city officials despite demands from the mayor and some council members.

The city has spent about $500 million for land, engineering and some design work to date.

The federal government also supplied funding and a member of Parliament whose riding falls along the propose route said the project needs to be put into motion as soon as possible.

“Calgary city council has gone back and forth on this in what I would call an embarrassing debacle over the last several years,” said Calgary-Nose Hill MP Michelle Rempel Garner.

The provincial government also needs to understand that this is not a nice to have project for my community it’s a must-have project.”

In a tweet sent last December, Alberta’s Minister of Transportation and interim Minister of Municipal Affairs Ric McIver said the province will maintain its commitment of $1.53 billion once the city and province complete required due diligence.