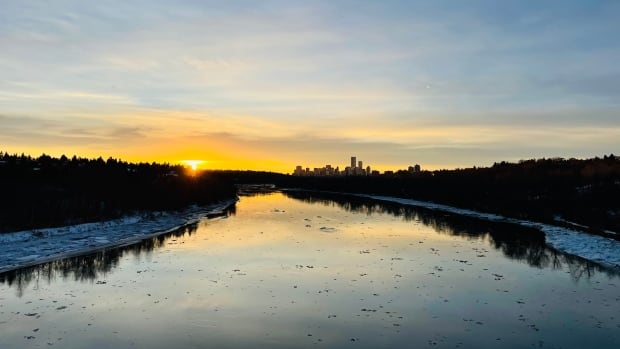 Time to unplug the block heater, turn down the thermostat a titch and fire up the BBQ for an afternoon of mid-winter sunbathing.

After enduring a 10-day, bone-chilling cold snap, Albertans can look forward to a balmy weekend of spring-like temperatures.

The polar vortex that sent the province into a deep freeze has officially ended and the forecast across the province is for unseasonable warmth in the days ahead.

In Edmonton, afternoon highs of up to 9 C are expected Sunday. In Calgary, it will be sunny and clear with daytime temperatures expected to reach 7 C by Sunday.

Average temperatures for Alberta this time of year usually hover around -2 C.

“Our weekend forecast has some parts of the province more than 10°C above normal,” Environment Canada tweeted Thursday.

“A warm west wind will bring temperatures above zero almost everywhere by Sunday. Hold onto your hats though, it could get pretty windy.”

The temperate climes are a stark contrast to temperatures seen earlier this month. A brutal cold front moved in as temperatures plunged to around -30 C with biting winds that made it feel more like -40.  At times, it was warmer at the North Pole than in Edmonton.

According to Environment Canada, between Feb. 6 and Feb. 15,  at least 100 daily minimum temperature records were broken in the province.

Environment Canada’s meteorologists noted such temperature swings are the norm for Alberta winters.

“From one extreme to another = winter in Alberta,” Environment Canada tweeted.