What you need to know today in Alberta

The 900 figure was the first time the new case count was below 1,000 since Nov. 17. No new hospitalization, ICU or death numbers were released.

The daily total announced on Sunday is the lowest Alberta has seen in weeks.

But Hinshaw explained on Twitter on Sunday morning that fewer people were tested on Christmas Day, meaning fewer tests were processed and reported Dec. 26.

Alberta Premier Jason Kenney said on Dec. 22 there will be a one-time exemption to the province’s gathering restrictions, allowing people who live alone to visit another household once between Dec. 23 and Dec. 28.

A household must only host a maximum of two people who live alone, not including minors. 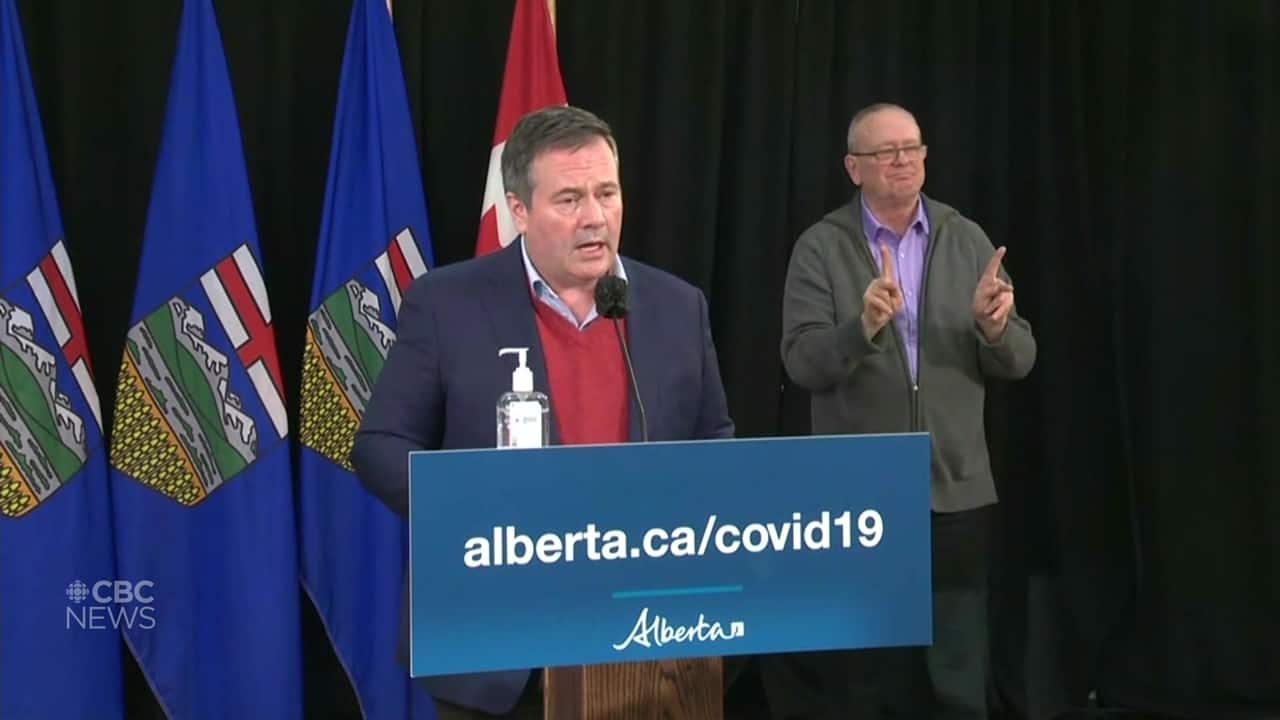 Premier Jason Kenney says new exemption allows Albertans who live alone to spend time with others over the holiday. 2:50

The province also relaxed another rule — massage therapy will now be allowed for those who have a prescription, with precautions in place.

Alberta Finance Minister Travis Toews says the goal in 2021 is to get vaccines out and put the COVID-19 pandemic in the rear-view mirror, then work to fix a battered and beleaguered economy.

But with a $21-billion deficit and Alberta’s oil and gas economy still in flux, where’s the money going to come from?

“We will not cut our way out of a $21-billion deficit,” Toews said in a year-end interview with The Canadian Press. “We have to get the economy growing again. And economic recovery will very quickly become job No. 1 as we start to get past the pandemic.”

At the start of 2020, Premier Jason Kenney’s United Conservative government was busy trying to resuscitate an already suffering economy only to see COVID-19 blow everything apart and take with it Kenney’s key election promise to balance the deficit in his first term.

That goal is now a distant memory with a projected budget deficit this year tripling an original forecast of $6.8 billion. COVID-19 has slashed demand for energy, shuttered businesses and necessitated relief aid and job supports to keep people going.

Alberta’s steps to slow the spread of COVID-19 in schools are working, and case numbers suggest that when students do catch the virus, it’s usually outside their classrooms, says the province’s top public health doctor.

In late November, the province brought in new health measures that paused team sports and group performances and limited social gatherings. Junior and senior high students shifted to learning at home while elementary-age students remained at school in person.

Hinshaw said that in all three age groups, new case numbers roughly tripled from the beginning of November to the end of the month, then plateaued and have fallen over the past few weeks.

“This similar trend in all three age groups supports the other evidence we have seen suggesting that the school model in place is protective against in-school transmission,” she said. “Instead, it seems that it is mainly all the other in-person activities that children undertake that are exposing them to the virus and helping to spread COVID-19.

Shopping at the Noel Christmas Light Park and Market looks different this year, but as one of the few indoor activities still happening in the city, some entrepreneurs say it’s been a lifeline during a time when business should be booming.

The market, held at Calgary’s BMO Centre, has implemented capacity limits, physical distancing, and strict sanitization and disinfection procedures. Instead of enjoying treats like mini dougnuts inside, shoppers must take them to-go. And, when entering the building, attendees go through a health questionnaire which includes having their temperatures taken.

Manager Annette McArthur says the pandemic precautions haven’t dampened shoppers’ spirits. “They’re just happy to be able to get out of their house and go somewhere that is festive and fun and makes them forget, just even for a little while, that we’re in the middle of a health crisis,” she said.

The market will be open until Jan. 3.

Transport Canada has handed out dozens of tickets and warning letters to passengers who refuse to wear masks on flights. Most of those have involved Alberta.

A review of Transport Canada data by CBC News reveals that WestJet passengers have been the hardest hit — with 50 of the 72 incidents, or nearly 70 per cent, involving passengers on the Calgary-based airline.

WestJet passengers were also issued eight of the nine fines levied, with tickets ranging from $100 to as high as $2,000.

Those who receive warning letters could be handed a bigger fine if they violate the rules a second time. Transport Canada says the fine could be as high as $5,000.

Sweeping new restrictions intended to curb the surge of COVID-19 in the province took affect on Dec. 13. They will remain in place at least for four weeks — through Christmas and New Year’s. A full list of the tighter measures is available on the province’s website.

Single parents have always shouldered extra responsibilities, but the COVID-19 pandemic has exacerbated challenges for this growing segment of the Alberta population.

According to census data from Statistics Canada, Alberta is home to more than 186,000 lone-parent families.

Though some share custody or have the help of a live-in partner, others have navigated the pandemic almost entirely on their own, balancing work, school and child care. 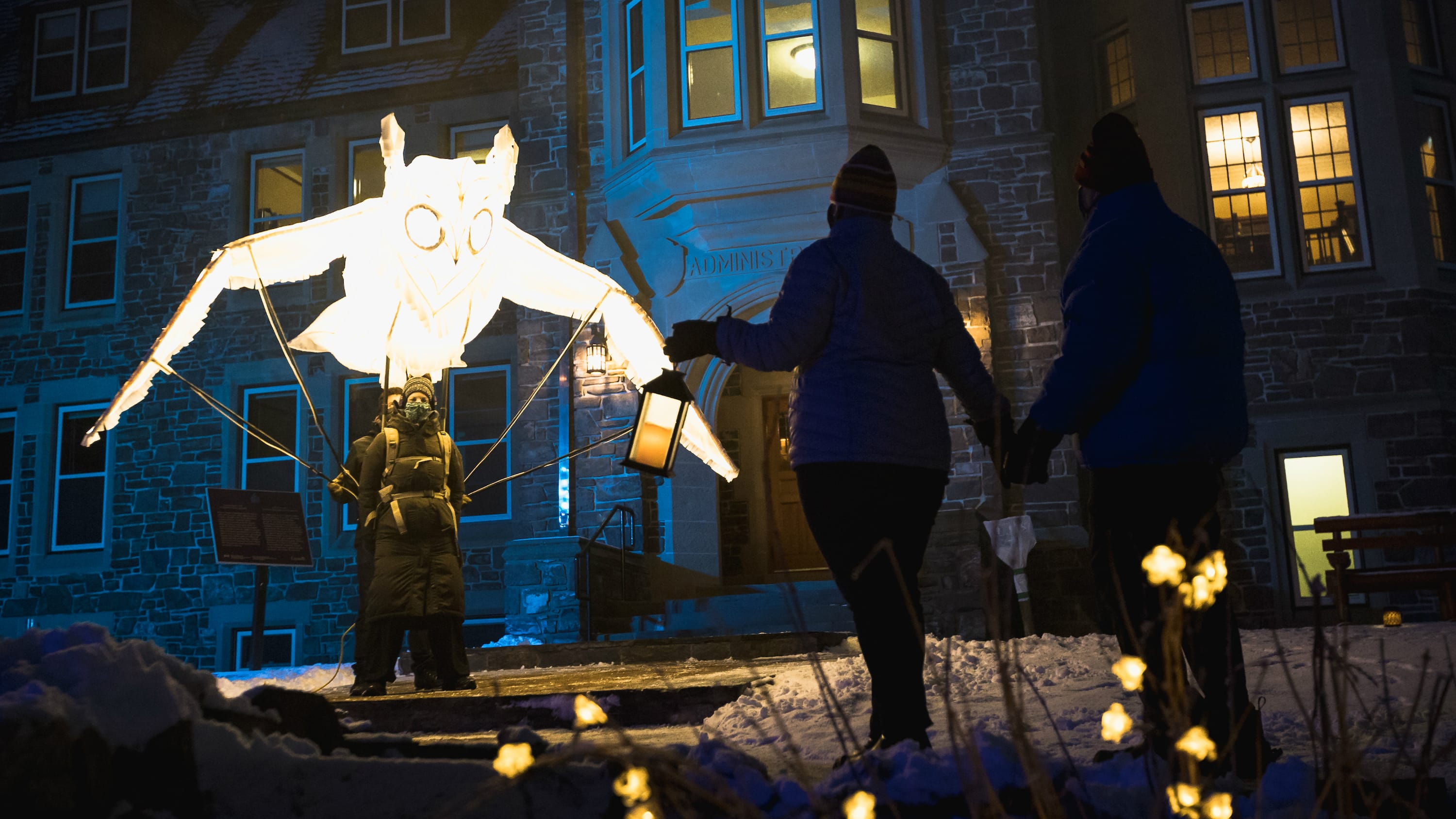 This immersive art exhibit in Banff is helping locals find the Christmas spirit. Find out what you’re missing if you live outside the Bow Valley. 3:26

The pandemic has increased the weight of those responsibilities, according to Layna Haley, who runs support groups for single mothers online through the St. Albert-based Kaleo Collective. Her organization has seen a surge in single mothers seeking supports, she said.

Seven parents in the COVID-19 hotspots of Edmonton and Calgary shared their struggles — and successes — with CBC just days before the province enacted new restrictions. You can read them here.

Parks Canada is asking hikers and skiers heading to the trails to plan ahead, as COVID-19 restrictions may force plans to shift, especially during the winter holidays.

Daniella Rubeling, visitor experience manager for the agency’s Banff field unit, says one of the most important things to prepare for is the weather.

“So should weather conditions change or parking lots be full … have some backup areas to visit.” 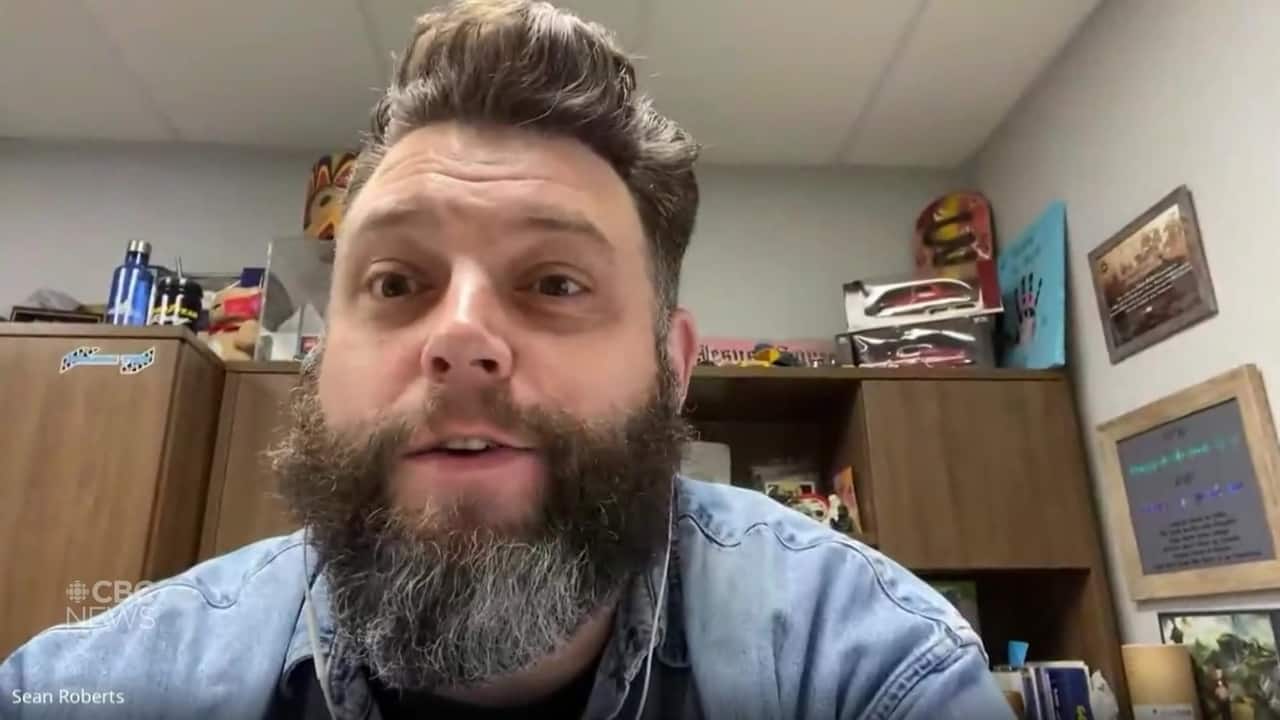 Single parents in Alberta talk about how they are handling work, school and child care during the COVID-19 pandemic. 0:56

Some parts of the Rockies received between 20 and 70 centimetres of snow on Tuesday, causing road closures and putting many areas at high risk of avalanches.

Another concern, Rubeling said, is people who are new to winter outdoor recreation.

While there are some closures, there’s still plenty to do in the mountain town and park — like winter walks, cross-country skiing and fat-biking. There is also downhill skiing, but some hills like Lake Louise have moved toward a reservation system.

People can visit the Parks Canada website for details on what’s open, what’s closed, what parking lots are full and how to enjoy the park safely, Rubeling said.

When Alberta’s COVID-19 outreach program began to reach front doors this week, volunteers say they were met with delight and appreciation.

“It’s something you don’t expect to see at your door, someone handing out at least two packages of self-protective gear and saying ‘happy holidays,'” volunteer Hanan Noor said.

Volunteers have started distributing care kits this week directly to households in the neighbourhoods hit hardest by COVID-19 in Edmonton and Calgary. Noor participated in Edmonton on Tuesday and Wednesday, going door-to-door in the Mill Woods area.

Click on the map below to zoom in or out on specific local geographic areas in Alberta and find out more about COVID-19 there:

Here is the detailed regional breakdown of active cases updated as of Dec 23. No detailed numbers were made available after that date, but will be provided in future updates:

What you need to know today in Canada:

A new lockdown began in Ontario where officials reported a two-day total of 4,301 cases of COVID-19 on Saturday. Health Minister Christine Elliott reported 2,005 more cases on Sunday. Locally, there were 572 new cases in Toronto, 331 in Peel Region, 207 in York Region and 140 in Windsor-Essex County.

The restrictions will remain in place for southern Ontario until Jan. 23 but will lift for northern Ontario on Jan. 9.

In Quebec, a provincewide lockdown went into effect on Dec. 25, with businesses deemed non-essential ordered to remain closed until at least Jan. 11. The province did not publish data on the number of new infections or deaths on Friday or Saturday.

A count released on Sunday shows Quebec has recorded 6,783 more cases since Dec. 24, with 110 new deaths.

New Brunswick announced two new cases, which means the province now has 38 active cases. There have been eight deaths and one person is in hospital, in the intensive care unit.

With Ontario joining Manitoba and Quebec in closing non-essential retail stores for in-person shopping and much of the rest of Canada curtailing in-store capacity, the new rules have been having an effect on Boxing Day shopping. The limitations are forcing bargain hunters in many parts of the country to look online for deals instead of lining up and crowding into stores in person.

Newfoundland and Labrador announced three new confirmed cases on Sunday since its last update on Dec. 24, one of which is travel related. Two of the cases involve residents who returned to the province after working in Alberta and who are now self isolating, according to the provincial Health Department.

With winter cold and influenza season upon us, Alberta Health Services will prioritize Albertans for testing who have symptoms, and those groups which are at higher risk of getting or spreading the virus.

General asymptomatic testing is currently unavailable for people with no known exposure to COVID-19.

Those who test positive will be asked to use the online COVID-19 contact tracing tool, so that their close contacts can be notified by text message.

The province says Albertans who have returned to Canada from other countries must self-isolate. Unless your situation is critical and requires a call to 911, Albertans are advised to call Health Link at 811 before visiting a physician, hospital or other health-care facility.

If you have symptoms, even mild, you are to self-isolate for at least 10 days from the onset of symptoms, until the symptoms have disappeared.

Online resources are available for advice on handling stressful situations and ways to talk with children.