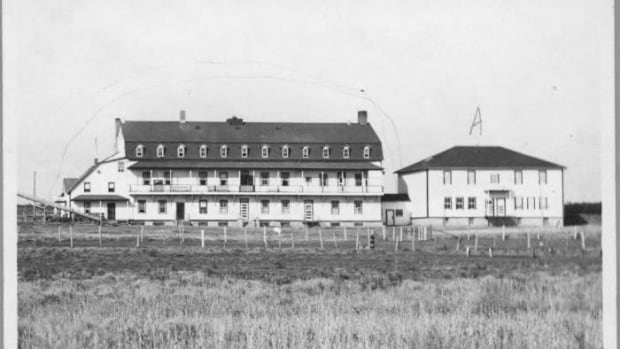 Thousands of claims have been filed in a settlement for residential school day scholars, but a lawyer who helped organize the class-action lawsuit says thousands more may still be eligible to apply.

Day scholars were forced to attend residential schools during the day but did not sleep there overnight, a distinction from overnight students who already received settlements.

Day scholars also differ from students who were required to go to federally-run day schools – schools that operated during the day only. A separate legal settlement and claim process is underway for day school survivors.

After settling the class-action lawsuit against the federal government in September 2021, applications for former day scholars and their descendants opened in January. If approved, applicants can receive a $10,000 payment.

Wanless said it’s estimated that between 12,000 and 19,000 day scholars may be eligible for the claim, but cautioned that the number is hard to pin down.

“I know that’s a big range and the reason that there’s a big range is just because the underlying data is not very good,” he said.

He said the best indicator they found for counting day scholars was lunch records for residential schools – looking at how many more lunches were provided than other meals.

The list of residential schools known to have day scholars spans the country. As applications have poured in, Wanless said the school with the most former students filing claims is the Ermineskin Residential School, which operated in central Alberta from 1916 until 1975.

Maskwacis, Alta., the community where the school once operated, is home to four First Nations. Maskwacis Counselling and Support Services staff have been assisting survivors with the application process, said manager Peyasu Wuttunee.

Though people have to fill out the paperwork themselves, Wuttunee said the support workers can make sure all the correct documentation is gathered and that the application is complete before it gets submitted.

While it’s possible to file applications online, resolution health support worker Noreen Omeasoo said a lot of survivors are older and don’t have internet at home.

She said there have also been challenges with people whose identification cards expired over the pandemic and they haven’t been able to get new ones that are needed for the application.

The support team has also been active in hosting events and getting the word out about the settlement claims and how to apply.

Counsellor Lorne Green said they’re also helping people who have traumatic memories stirred up through the process of applying.

Wanless said the legal team who worked on the settlement for day scholars know that the process can be traumatic for people, so they designed an application process that doesn’t require survivors to report specific harms they’ve experienced.

He knows it can be a confusing process and encourages all survivors and their descendants to read about the different claims to get an understanding of which one they’re eligible for – especially because the deadline for day school students to apply is fast approaching.

“Some schools started off as residential schools and then switched and became day schools. It might not be obvious to folks that that change had occurred. So it’s important to look at McLean’s and to look at Gottfriedson at the same time to try and figure out eligibility,” Wanless said.

Support is available for anyone affected by their experience at residential schools, and those who are triggered by the latest reports.

A national Indian Residential School Crisis Line has been set up to provide support for former students and those affected. People can access emotional and crisis referral services by calling the 24-hour national crisis line: 1-866-925-4419.