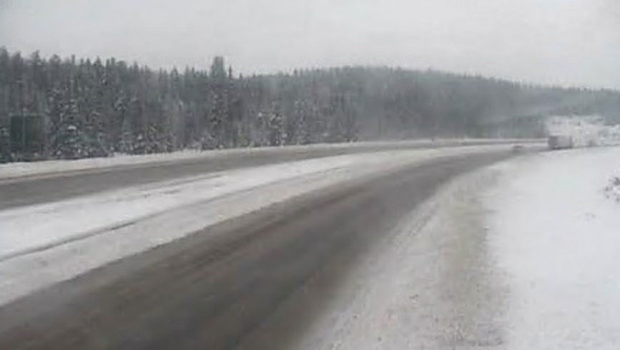 CALGARY — If you need to travel on Sunday, police are advising you take all proper precautions because of snowy weather and high winds on highways in the Calgary area.

Cochrane RCMP says winter weather is affecting conditions on Highway 1 near Morley Road and are asking drivers to slow down and monitor the weather conditions closely.

“Please reduce your speed and allow extra time to reach your destination,” the advisory states. “Please ensure that you have adequate fuel, an emergency kit, and extra winter clothing.”

The Trans-Canada Highway isn’t the only area affected by snowy weather. 511 Alberta says snow is affecting travel near Highway 93, also known as the Icefields Parkway.

The agency also says Parks Canada staff will also be conducting avalanche control along that highway, which means it is closed to all traffic between Saskatchewan River Crossing and Athabasca Falls.

The work is expected to be finished by 5 p.m. on Monday.

Environment Canada says the wind warnings, which brought gusts of up to 100 km/h in some areas of southwestern Alberta on Saturday, are now over.

However, winter storm warnings do remain in place for Banff and Jasper National Parks and the agency says “hazardous winter conditions are expected.”

Another two to five centimetres of snowfall is expected in those regions before the storm tapers off Sunday morning, Environment Canada says.