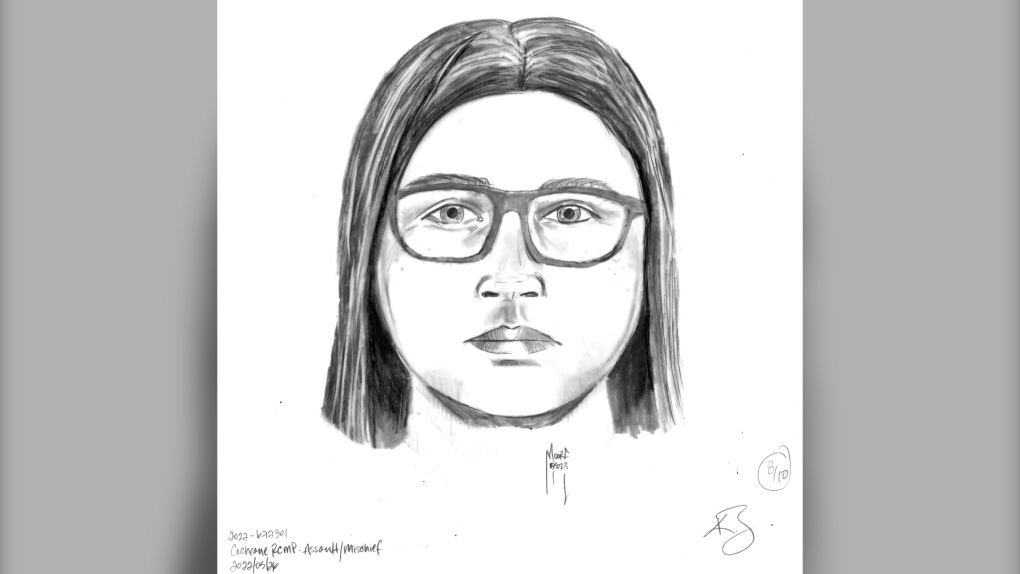 Cochrane RCMP has released a sketch of a female suspect accused of pushing a man off his bike then vandalizing his truck because she was upset his dog was off leash.

The incident happened around 2:30 p.m. on Monday, May 23 in a utility corridor at Horse Creek Road and Weedon Trail, north of Cochrane in Rocky View County.

The man was riding his bike with his dog following along and when he passed a woman walking, she got upset.

“A verbal altercation ensued and the female pushed the male off his bike,” RCMP said in a release.

“The male saw the female hanging around his truck and when he returned to his truck, he noticed that it had been vandalized.”

The female suspect is described as being:

The woman had dark brown, shoulder length hair and was wearing glasses.