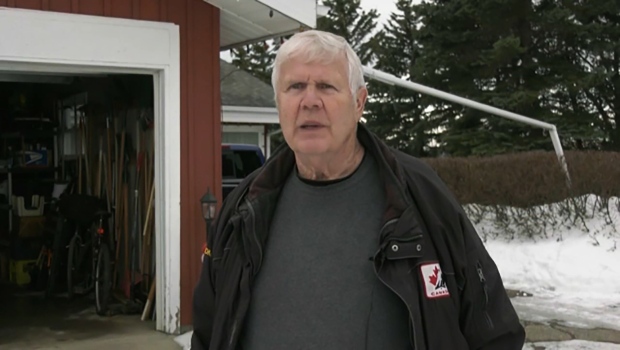 CALGARY — When Tom Anderson’s wife went on the province’s website to book an appointment for the COVID-19 vaccine she was kicked off when she tried to enter her postal code, so she called to find out why.

“The lady said well what’s your postal code and she told her and she said well that doesn’t exist,” said Anderson.

Anderson said this is the latest issue the couple has dealt with since their address and postal code were changed in September.

“I don’t know if we’re the only ones that are having the problem but I don’t understand why these guys can’t get their act together … to get it fixed,” said Anderson.

Anderson said they first received a letter from Canada Post in August 2020 informing them of the changes intended to help improve the delivery system in their area. In September they received another letter saying the changes would take effect Sept. 21 and they had 14 days to update their driver’s license, car registration and anywhere else they would receive mail.

Since then Anderson said they have dealt with multiple inconveniences. First when they received notice to update their voter registration information.

“We called them, gave them some information and they asked for the postal code and we gave it to them and they said well that doesn’t exist,” said Anderson.

Anderson said when they contacted their insurance company to update vehicle insurance, they were told the rate would increase by nearly $150.

“They said our postal code records show that this postal code doesn’t exist or if it does exist, you’re now in the area where Airdrie is and that’s a higher rate than where you are in Cochrane,” said Anderson, who said they convinced their provider they didn’t move and didn’t have to pay the increase.

Anderson said over Christmas a package he ordered online was sent back because the postal code wasn’t valid.

“Originally in September they said it will take three to five weeks before everything probably gets all settled. Well that was September …and now having problems trying to get the COVID shot so it’s not fixed,” said Anderson.

Canada Post said it notified residents of possible delays in the August letter.

“In regards to Alberta Health, our Government Affairs team is reaching out with the organization to follow up,” said Canada Post in a statement provided to CTV News.

“Canada Post assigns postal codes for the sole purpose of processing and delivering mail as efficiently as possible. We don’t control how the insurance industry or other organizations use these codes.”

Canada Post said the customer’s postal code was changed as part of civic addressing in the region. The program matches matches a physical address to its mailing address to give customers one consistent address. It also helps 911 responders locate emergencies.

The postal code can also be validated online through Canada Post’s ‘Find a Postal Code’ service.