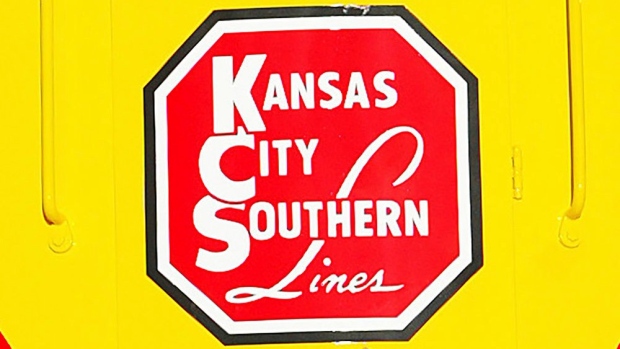 CALGARY — The CEO of Canadian National Railway Co. says his company’s bid for Kansas City Southern will create a combined “safer, faster, cleaner and stronger railway” than the one proposed by rival Canadian Pacific Railway Ltd.

On Tuesday, the Montreal-based railway announced a cash-and-stock bid valued at US$33.7 billion for KCS, topping one made last month by Calgary-based CP Rail valued at US$25 billion.

“CN’s proposal represents a 21 per cent premium to CP’s offer and more than double the cash per shares, resulting in not just a greater value but also greater certainty of value for KCS shareholders,” said CN chief executive Jean-Jacques Ruest on a conference call to discuss the proposal.

“Our superior access to the capital market, stronger balance sheet, lower cost of financing and ability to realize superior and higher-quality synergies allow us to make a more attractive offer to KCS shareholders.”

CN is offering US$200 in cash and 1.059 shares of CN common stock for each KC common share. The proposal was worth about $317 per share based on share prices Tuesday morning.

“At first glance, while CNR’s offer is superior from a financial standpoint, we believe the regulatory risk for its offer is higher than that for CP, which has no network overlap with KSU — something that KSU’s board will have to consider when evaluating the proposal,” said Desjardins analyst Benoit Poirier in a report.

On the call, Ruest estimated the CNR-KCS combination would result in a US$1-billion boost in earnings before interest, taxation, depreciation and amortization within three years, with about 80 per cent of that from new business by convincing customers who use trucks to use rail instead.

The other 20 per cent would come from cost savings, although CN says its network has very little direct overlap with the KCS system.

“By competing head to head at lower cost, with safer service and better fuel efficiency, from Mexico to the heartland of America, the result will be a safer, faster, cleaner and stronger railway than any other proposed combination for KCS,” he said.

On the call, Ruest said the timing of CN’s bid is opportunistic.

“Why now? The board of KCS has decided it wants to crystallize the value for their shareholders, therefore the opportunity is now,” he said.

In a letter to the KCS board of directors, Ruest said the CN offer offers greater value certainty due to the larger cash component.

CN plans to assume US$3.8 billion of KCS debt under its plan.

“CN and KCS will have a robust network of end-to-end single-line services from Mexico to Canada, with an enhanced ability to connect ports in the Atlantic, Pacific and the Gulf of Mexico,” Ruest wrote.

“The combined company will be the premier service-competitive railway to Michigan and Eastern Canada, resulting in better efficiency both in terms of fuel and customer service.”

When CP Rail and KCS announced their friendly deal last month, they said it would create the first rail network connecting Canada, the United States and Mexico.

CP Rail chief executive Keith Creel said when the deal was announced that the transaction would be transformative for North America, providing significant positive impacts for employees, customers, communities, and shareholders.

The combination of CP Rail and KCS would create a combined company will operate more than 32,100 kilometres of rail and generate total revenues of approximately US$8.7 billion based on 2020 figures.

A spokesperson for CP Rail said the company had no immediate comment.

This report by The Canadian Press was first published April 20, 2021.