CALGARY — After prosecutors failed to show up at a court hearing for a man accused of operating an illegal supervised drug consumption site in a Lethbridge park, the charges against him have been dismissed.

Timothy Slaney, one of the members of the volunteer-run Overdose Prevention Society and organizer of the pop-up facility in Galt Gardens, was facing 17 infractions of city bylaws for holding activities on city property without a permit.

However, when the court proceedings were scheduled to be heard, city lawyers didn’t arrive and the charges were therefore dismissed.

Officials with the City of Lethbridge say they weren’t notified about the court proceedings and have requested a new summons to be issued. 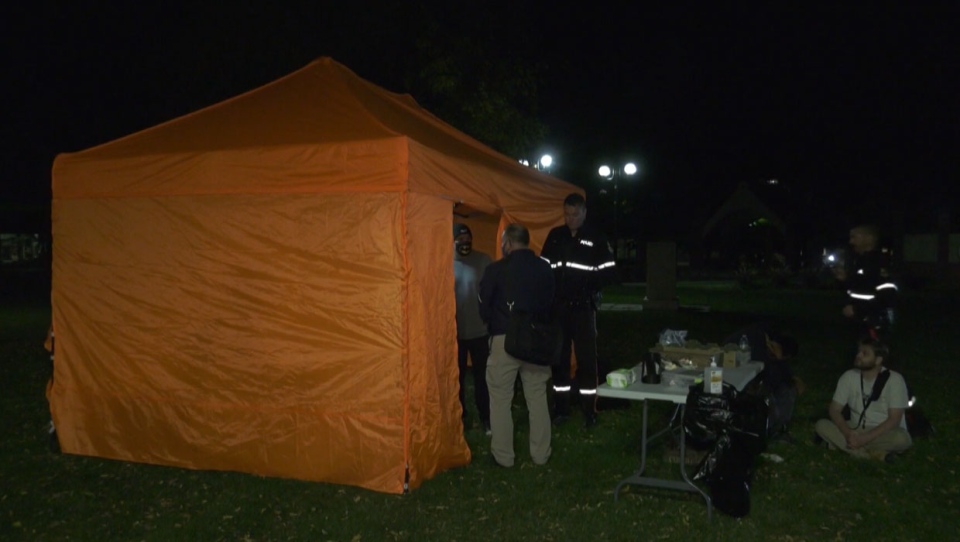 Lethbridge’s Overdose Prevention Society set up the orange tent in the park in September 2020 in order to provide services to those fighting addiction in the community.

The intention of the volunteers was to replace ARCHES, Lethbridge’s official supervised consumption site, which was shut down a month earlier.

At the time, Slaney said his group was “doing what was best for the community.”

However, many people in opposition to the operation called it unnecessary because a legal site to aid those with addictions was already in place.