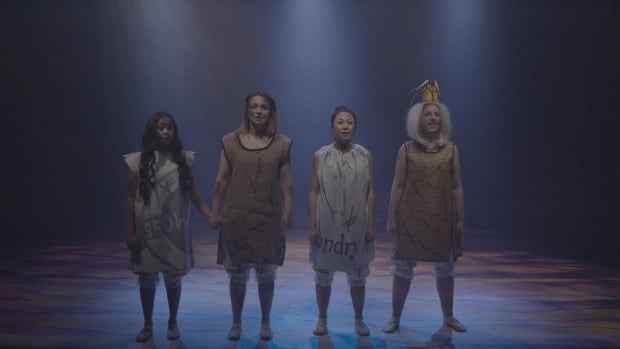 Like so many performing groups, StoryBook Theatre closed their doors to live audiences during the pandemic.

They later pivoted to filming their shows and making them available online as a way to keep entertaining their family audiences.

“I want to do it in a way that kind of felt like we’re moving back toward the normalcy of theater,” he said.

He said the group will produce five streamed TV shows that run from 30 to 45 minutes long.

Two of the productions will be live shows and one will be a theater sports competition called Curtain Up, where each week different theater artists will compete.

“Whether it be learning to coil cables for the theater techs out there or, you know, doing improv games or it be a variety of fun,” he said.

“We’ll be showcasing all of Calgary’s young and up and coming talent and give them a platform to showcase themselves,” he said.

“We want it to be something that we can showcase kids each week and young people each week on stage in front of, you know, how many millions of viewers maybe.”

He added that the TV studio will show their company in a whole new way.

“The idea is that we get people watching theatre again in a way that they’re consuming and eager to come and watch it live when we start presenting live theatre again.”