CALGARY — He’s been back in his hometown of Calgary during the NHL’s pause, but Matt Dumba’s thoughts have recently been with the people of Minnesota.

The 25-year-old defenceman has played for the Minnesota Wild for seven NHL seasons, and he’s watched the people in his adopted home protest for change after the death of George Floyd.

“I think sitting back here (in Calgary), being so far away from the action, I kind of felt a sense of helplessness and wanted to help those in need,” Dumba says.

Dumba helped launch ‘Rebuild Minnesota,’ a fundraiser to help small businesses damaged during the protests. Some of the funds will also be donated to Action Dignity, a Calgary organization promoting diversity and equality in the city.

Dumba teamed up with his brother Kyle, a goaltender who played for the Calgary Hitmen and SAIT Trojans, and professional hockey player JT Brown for the initiative.

“There’s so many people that are in situations or circumstances where their voice can’t be heard,” Dumba says. “So, for us as athletes, I think it’s a huge role we need to take upon ourselves to amplify those voices.” 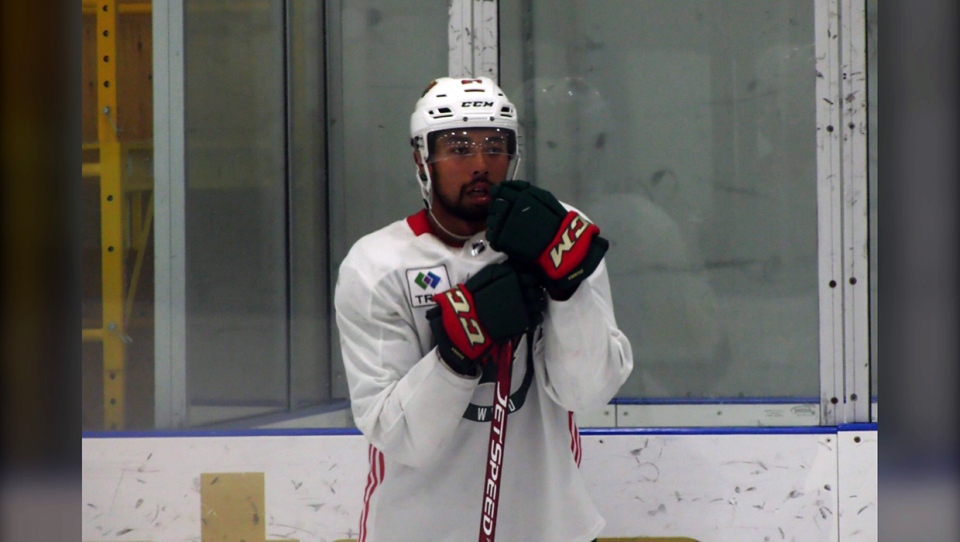 “Change is never easy and neither will be the rebuild, but help us make this a stronger, united community as we work to put the pieces back together,” Dumba added.

‘Rebuild Minnesota’ is giving away George Floyd tribute shirts to the first 1,000 people to donate and people are entered to win a custom pair of Air Jordan sneakers. Dumba will also randomly select a person from both Canada and the U.S. to spend the afternoon with him and eat at his favourite restaurants in Calgary and Minneapolis.