Just one week after Alberta reported its first case of COVID-19 on March 5, 2020, Calgary Mayor Naheed Nenshi took to the podium to announce the city would invoke its municipal emergency plan.

One year later, Calgary has seen more than 500 deaths from COVID-19.

Nenshi said at the time the first presumptive case was announced, he was in India with a local delegation to seek out economic opportunities.

“We had a press conference [when I got back], and I was asked, ‘What do you think about this virus?'” Nenshi said. “And I said, ‘You know what, we probably shouldn’t be shaking hands anymore.'”

Soon after, the NBA and NHL sports leagues cancelled their seasons, and city staff were sent home and told that they should be prepared to work from home.

“And we signed our second-ever state of [local] emergency,” Nenshi said. “That [all] happened in five days.”

WATCH | Calgary officials look back on the past year as the city responded to the COVID-19 pandemic: Calgary, it’s been a rough year. See what our city’s top officials thought of the past 12 months living in a pandemic. 4:11

Sue Henry, the head of the Calgary Emergency Management Agency, said the city’s preparations for a pandemic paid off — but it remains a disaster like none ever faced in the city.

“But it’s also affecting all of our staff members and all of our team members on a personal level.”

Nenshi said he was proud of Calgarians for the work they have done over the past year to keep each other safe, and of city staff — such as bus drivers, police officers and firefighters — who provided essential services throughout the pandemic.

“We didn’t miss a beat. The city continued to operate incredibly well through the whole thing,” Nenshi said. “We never cancelled a council meeting — other cities just stopped for a month or two.

“So I’m just really, really proud of how Calgarians have responded.”

According to a phone survey conducted by Leger from Jan. 14 to 24 via random digit dialling of 500 Calgarians, 74 per cent of residents are satisfied with the city’s COVID-19 response. That’s down 10 per cent from last spring.

Nenshi says public support for most policies remains high — especially for the mask mandate, which retains more than 90 per cent support.

“Where we saw people softening in their support was mostly people who said, ‘You’re not going far enough or you’re not enforcing enough,'” Nenshi said. “As COVID fatigue has set in over the last couple of months, we have seen a little bit of slipping in those numbers.

“But the vast majority of Calgarians are saying: stay disciplined.”

WATCH | Calgarians weigh in on what they’re looking forward to once the pandemic ends: 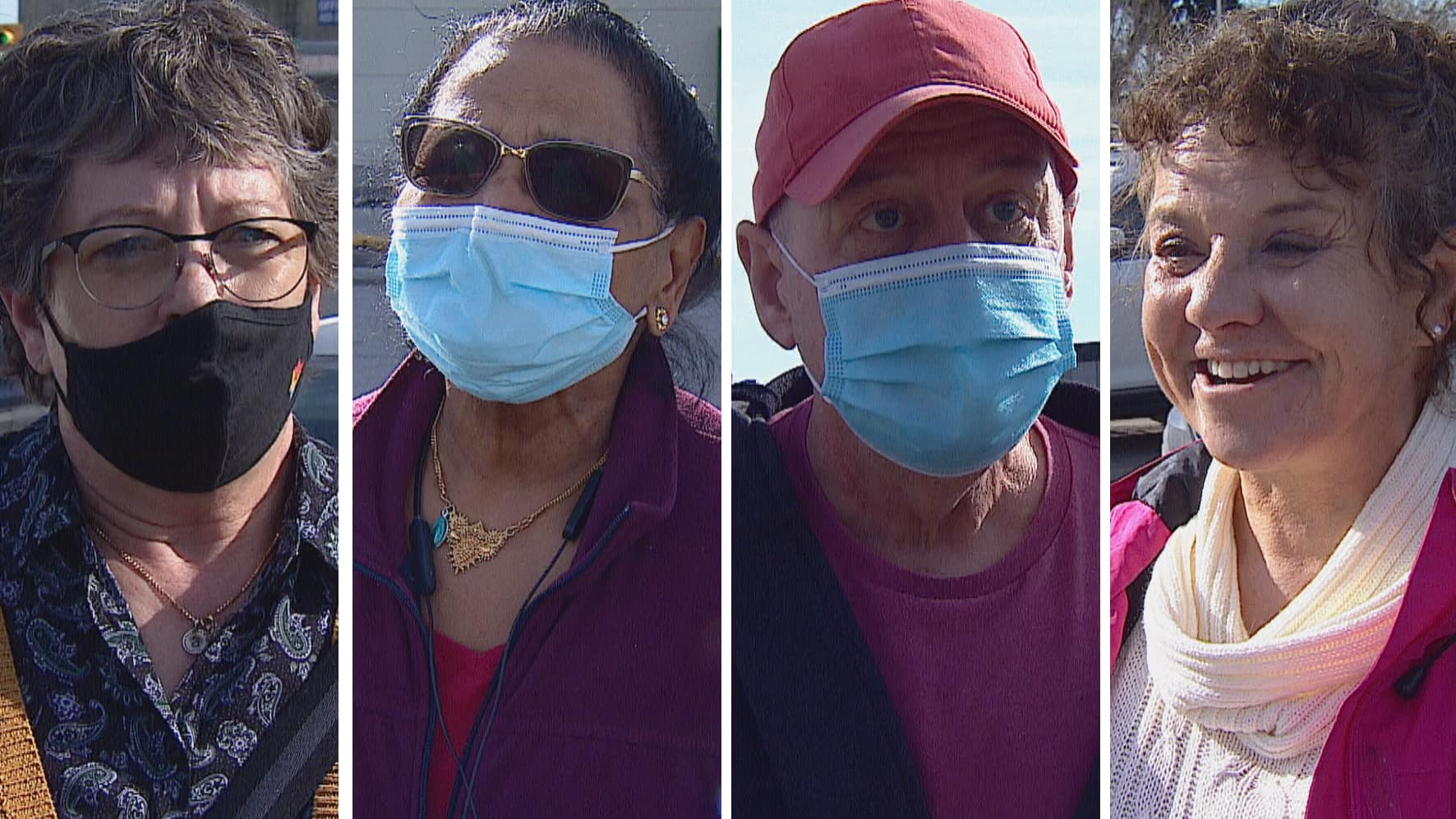 We asked a few Calgarians what they are most looking forward to when COVID-19 loosens its grip. 1:23

Henry said she knows COVID has been polarizing on a number of different fronts for Calgarians, but added that the job of those at the city is to make sure public safety is front and centre.

“So even though a decision is polarizing, if it’s the right decision to make in the interest in public safety, we have to make that,” she said. “And we know that most of the Calgarians are behind the decisions that we’re making, and are willing to do what we need to do.”

Though vaccine supplies are on the way, Nenshi said he was asking Calgarians to keep following advice to limit the spread of COVID-19.

“I really want to highlight that you don’t want to be the soldier injured in the last week of the war,” he said. “Discipline is critical.”

Nenshi added that Calgary’s economic recovery from the pandemic may be slow, so he’s hoping all governments remain focused on job creation.