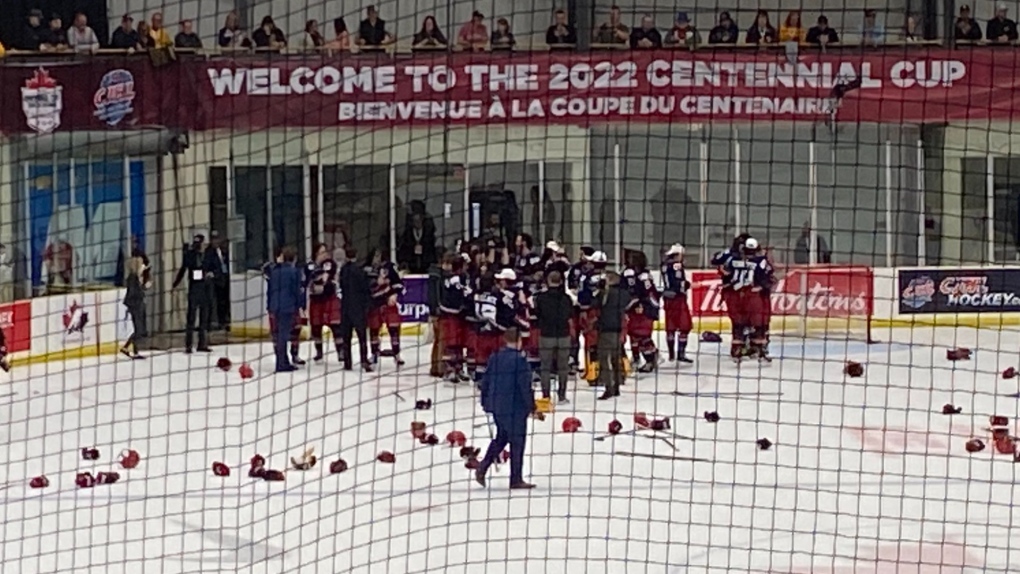 For more than two periods Sunday it looked like Zachary Roy was going to be unbeatable in the Centennial Cup championship final.

Roy’s Pickering Panthers were nursing a 1-0 lead on a first-period goal from Ethan Doyle well into the final frame, but the Brooks Bandits — who had the most potent offence of the tournament — exploded for four third-period goals to give the Alberta Junior Hockey League champions a 4-1 win and their third national junior A hockey title.

The Bandits got two goals from Ryan McAllister and singles from Aiden Fink and Devin Phillips. They outshot their Ontario Junior Hockey League opponents 44-11.

Pickering advanced to the championship game with a 2-0 win over the Dauphin Kings on Saturday, while Brooks got there by crushing College Francais de Longueuil 11-2.

Brooks compiled a league-best 106-point season in the Alberta Junior Hockey League 52-6-2 and rolled through the playoffs.

This report by The Canadian Press was first published May 29, 2022