Calgary may be home to more than a million people, but plenty of wild animals share this space, too.

And sometimes, they put on a show.

CBC Calgary readers have been sharing their photos and videos of nature doing its thing — sometimes right in their backyards.

Here are some of the highlights.

Nicole Gulutzan sent in this video of two bucks who locked horns near her Calgary home.

Their beef appeared to be over a nearby doe.

And check out the third buck who just stands by the female deer and watches the two dudes duke it out. 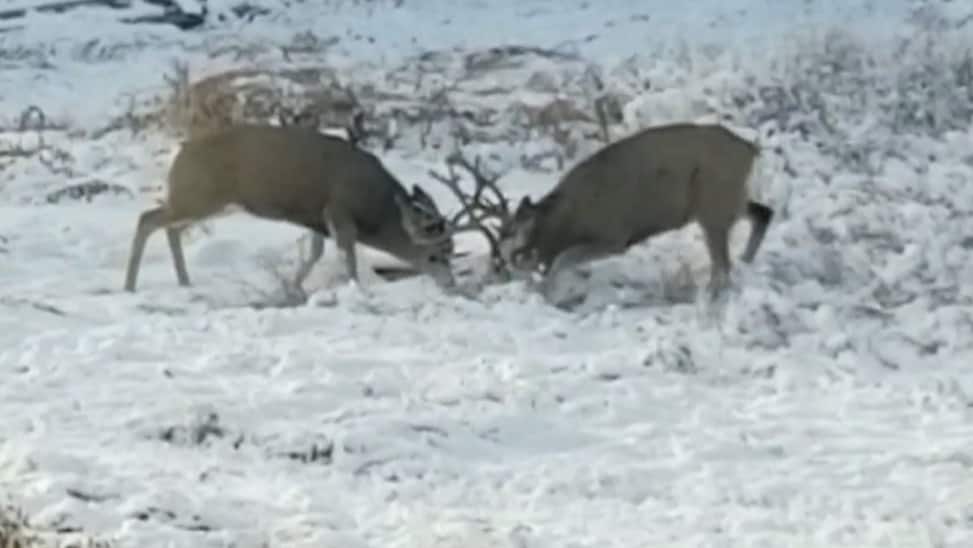 Nicole Gulutzan sent in this video of two bucks who locked horns over a doe near her Calgary backyard while another male deer stands by and takes in the action. 1:42

These weren’t the only bucks around, though.

In fact, they’ve been a bit of a theme in the images Calgarians have been sending us.

Hugh Saunders took this snap of a male mule deer on Dec. 22.

The buck was exploring his yard after the recent snow storm.

And all those Christmas lights? The deer seemed unfazed.

Which is more than can be said for the cat in this next photo.

The humans in Frank Scarlett’s home weren’t the only ones watching the buck who bedded down in their front yard.

Their cat was quite curious, too.

How about some bobcats next?

Sonja Olson shot this video of a furry feline family who dropped by her backyard in northwest Calgary.

The cute cats were out for a stroll in the snow. 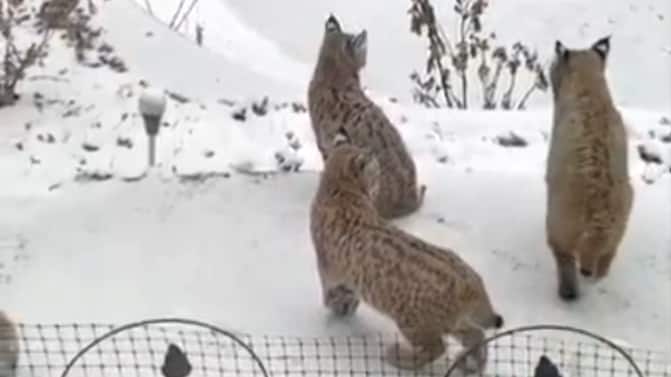 Sonja Olson woke up to find this furry feline family strolling around her backyard in northwest Calgary. 0:50

But probably not to this hare.

Don Morberg caught this bummed-out bunny on camera before the recent snowstorm.

The poor thing was all dressed up in its winter coat — with no white stuff to camouflage in!

If those bobcats had been around, it would have been a sitting, um, duck?

Fortunately for our light-furred friend, it ended up being a white Christmas in Calgary, after all.