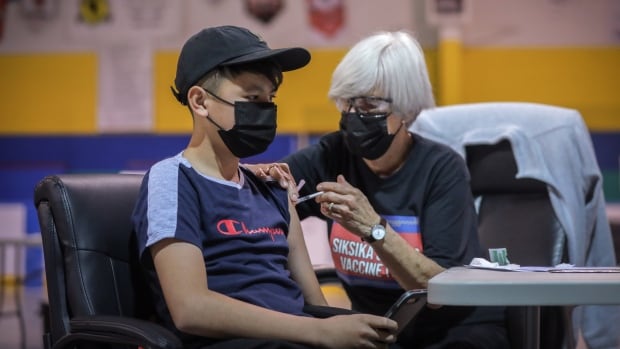 Alberta reported 127 new COVID-19 cases as the province looks to an end of almost all public health restrictions in less than two weeks.

Stage 3 of Alberta’s Open for Summer plan is set to begin on July 1 after the province hit its target Thursday of 70 per cent of eligible Albertans having received at least one dose of the COVID-19 vaccine.

On Friday, the province administered 7,927 first doses and 55,250 second doses, with 27.3 per cent of eligible Albertans now fully vaccinated (23.3 per cent of the total population).

Starting in early June, second dose appointments have come to far exceed those for the first dose.

The number of COVID-19 patients in hospital dropped to 221, according to Saturday’s update, down from 237 the previous day. There were 49 patients in intensive care.

Here is how active cases break down by health zone:

The province’s positivity rate was 2.45 per cent after completing 5,055 tests on Friday.