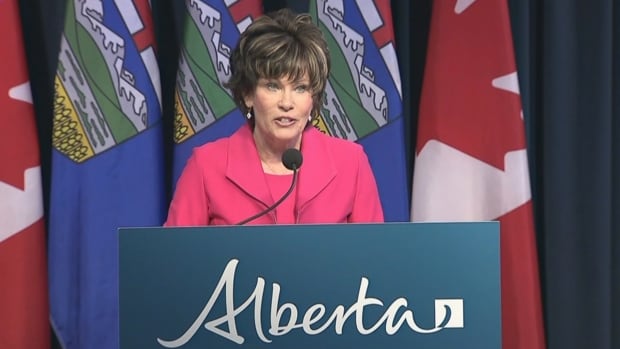 Citing responses to an online survey, the Alberta government is pausing coal exploration on Category 2 lands in the Foothills and Rocky Mountains, at least until the completion of an ongoing public consultation.

Coal companies currently active in the area have been informed of the change, which takes effect immediately, Energy Minister Sonya Savage said Friday.

“The suspension will stay in place at a minimum until public engagement is completed, at which point the results of the consultation will dictate the next steps,” Savage said.

Savage said no topics will be ruled out-of-scope, so comments about the effects of coal mining on water and land will be welcomed.

The announcement comes after about 25,000 people responded to a three-week online survey which closed on Monday.

The government-appointed coal policy committee recommended the pause to Savage after reviewing the survey results.

“It was very clear to the coal policy committee that calling for a halt to exploration of Category 2 lands would ensure that our public engagement process is both effective and credible,” said chairman Ron Wallace.

Wallace said the committee will decide what happens in the second phase of the consultation after doing a more in-depth analysis of the survey results,

Friday’s pause is the latest walk-back by Alberta’s United Conservative government in the face of intense public backlash to Savage’s decision to rescind the 1976 Lougheed-era policy which protected the eastern slopes of the Rockies from coal mining.

The decision was announced on the Friday of the May long weekend in 2020.

In January of this year, Savage cancelled 11 recently-granted coal leases and put a pause on future lease sales.

A month later, she restored the 1976 regime until the government could create a new coal mining policy.

The 1976 policy set out areas of land that were designated in categories from 1 to 4.

No exploration or development was allowed in Category 1 lands, which included national and provincial parks in the Rocky Mountains.

Category 2 covers areas on the eastern slopes and Foothills of the southern part of the Rocky Mountains. Open pit mining is not allowed.