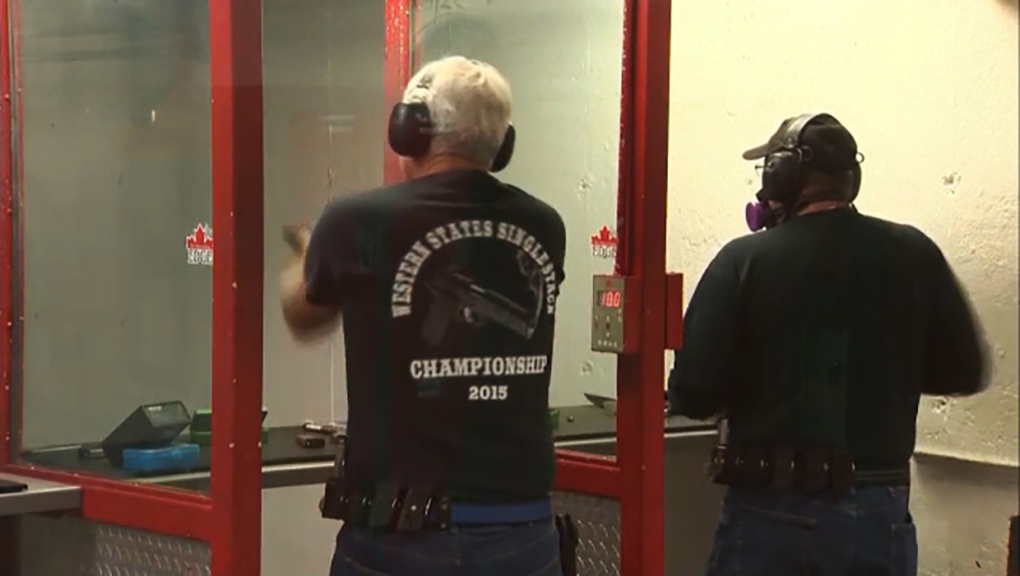 Members of Calgary’s firearms community said the federal government was missing the point with new restrictions announced Monday that they say will undermine their business.

The feds said about 55,000 new handguns are imported each year in Canada. The thinking appears to be that while legal handguns make up a small portion of crime guns, the new laws will help limit the potential for them to make their way into the wrong hands.

There are 2,500 stores in Canada that sell handguns. The Shooting Edge alone employs 40 people at two locations and they are concerned for their business.

“It’s feel good for the Liberal Party, but it actually doesn’t address anything to do with public safety,” said J.R. Cox, owner of The Shooting Edge. “And that’s the disturbing thing is that people, if they knew how much and how difficult it was to actually buy a firearm in this country, if they were educated on that, then they wouldn’t be worried about firearms owners.”

A recent Angus Reid poll found 47 per cent of Canadians believe Canada’s gun laws are either too strict or about right, while 44 per cent say they’re not strict enough.

There have already been 60 shootings in Calgary this year. Calgary Police Service said most gun crimes in our city involve handguns, the vast majority of which are illegal or untraceable.

“The reality is, they’re saying this is happening by these new gun owners because they’re putting the new rules on new gun owners,” said Bob Gruszecki, of the Alberta Hunter Education Instructors Association. “But the vast majority of firearms that are already out there, those rules aren’t changing for those people.”

“I think that there is tremendous government overreach regarding firearms across the board,” Cutforth said. “They use improper vernacular and they try to demonize gun owners as a whole, and generally speaking everybody is a hunter, so I mean they don’t understand it.”

“The missed opportunity is that you are destroying people’s confidence in the system,” Bryant said. “And if you really want to have a viable system you need people to have confidence in it.

“It’s going to do a lot of damage to a lot of people, with very little if any public safety benefit.”

With files from Bill Macfarlane and Jayden Wasney