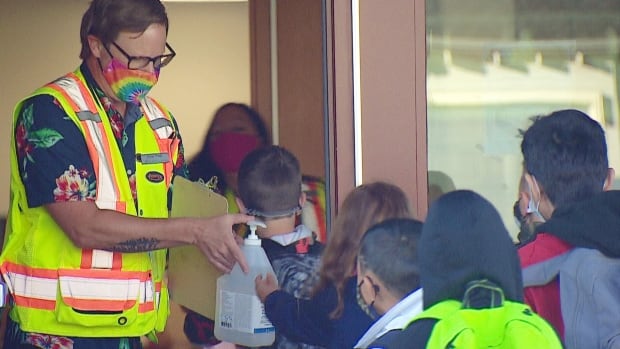 Alberta is expanding a rapid testing program in schools to cover up to 200,000 students and 20,000 staff.

It follows a pilot in two Calgary schools launched last month. Now the province is setting up teams to expand to up to 300 schools across Edmonton, Calgary, Lethbridge and Grande Prairie.

About 440,000 rapid tests are set to be distributed to schools with testing promised to begin as soon as possible in the coming weeks.

“To ensure schools are able to operate during this third wave of COVID, we’re significantly expanding rapid testing to more schools and regions of the province as soon as possible,” Premier Jason Kenney said during a media availability Saturday.

Teams may also be deployed at schools outside the four selected municipalities should Alberta Health identify a need, according to a news release.

Junior and high schools are being prioritized based on factors like the prevalence of COVID-19 in the community.

Eight school boards are set to participate in the program:

Students and staff without symptoms and not identified as close contacts can also get tested while attending school. Results are typically available at the school within the hour.