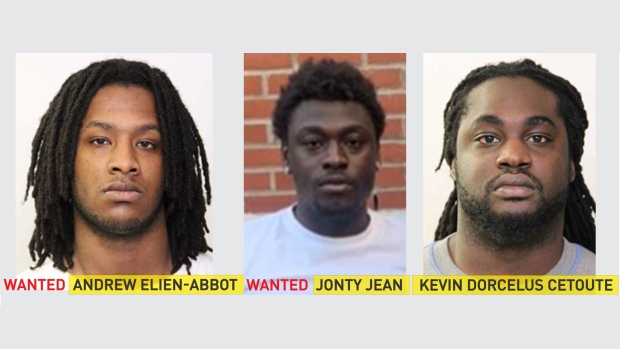 EDMONTON — Three people have been accused of trafficking and assaulting a sex worker in Edmonton.

Canada-wide warrants have been issued for Andrew Elien Abbot, 26, and Jonty Jean, 21, who police say have extensive ties to Quebec but are likely still in Alberta’s capital city.

Investigators say they know of one sex worker who survived a violent assault but believe there could be others.

“Presently we are aware of one survivor, who displayed remarkable courage in providing information to police. We owe it to her safety and well-being to have these suspects in custody and prevent any other women from suffering the same,” said Staff Sgt. Lance Parker of the ALERT Human Trafficking unit.

Those with information related to the case or Abbot and Jean’s locations were asked to contact police or Crime Stoppers.

Two homes were searched with the help of Edmonton police and ALERT seized a small amount of drugs and more than $70,000 in cash.

ALERT was expected to provide more detail at a news conference Thursday morning.