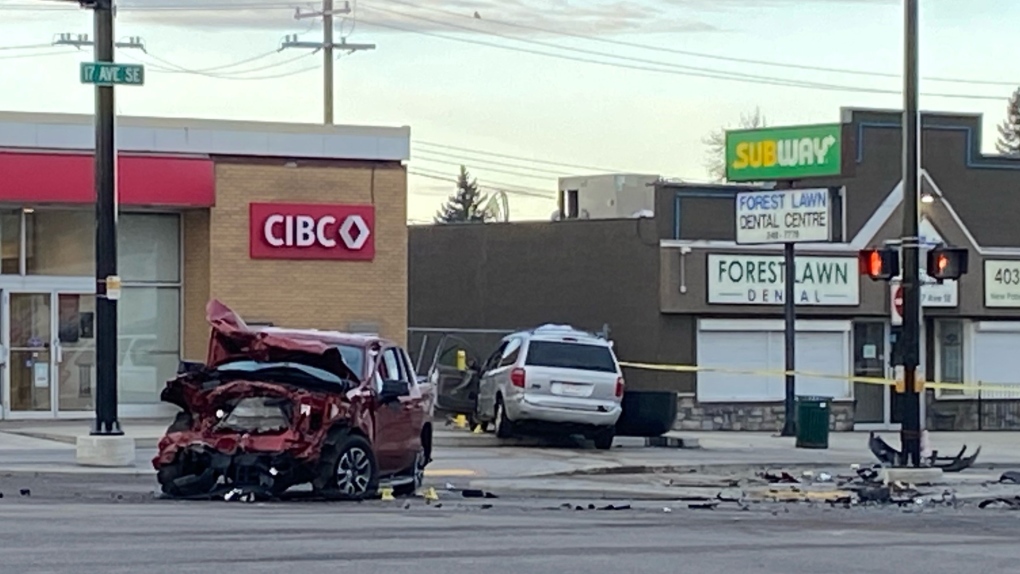 Police responded to a crash and reports of gunfire in a southeast intersection Tuesday night that left one person dead.

The incident at the intersection of 17th Avenue and 36th Street S.E. happened shortly after 11 p.m. and left one woman dead and sent another person to the Foothills Medical Centre in critical, life-threatening condition.

According to police, four vehicles were involved in the colliision and a man holding a gun was spotted fleeing the crash scene on foot.

Police have cordoned off the intersection and drivers are asked to find alternate routes.

Investigators are now seeking witnesses and working to track down any nearby surveillance or dash cam footage that may assist in the investigation.

There is no word on possible suspects or arrests at this time.

This is a developing story. It will be updated as details are confirmed.

A woman is dead and another person was sent to hospital in critical life-threatening condition after a shooting at 17th Ave. and 36 St. S.E.
4 vehicles were involved.
Police say witnesses spotted a man fleeing the scene with a firearm. #YYChttps://t.co/DKWCboJwF8